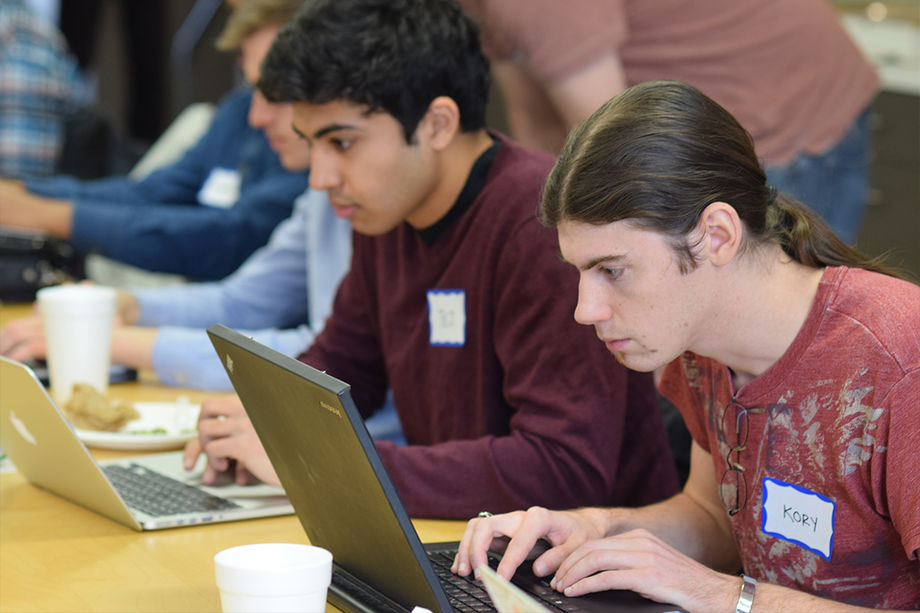 In January, the custom software design and development consultancy hosted the 2017 Atomic Games in its downtown office, modeled after a similar event held in Atomic’s Grand Rapids office last fall. Seventeen aspiring developers invited to compete each spent a weekend building a program that simulates a Connect Four player. The following Monday, participants ran the games against one another in a single-elimination tournament.

Dondzila said the Games was a fun way to find a job.

“It got me to think, expand more, and challenge myself,” he said. “It also allowed me to see how other people would approach the same problem and learn from them.”

“There were a lot of different factors that went into what we were looking for—including soft skills,” he said. “We went with people we were really excited about, even if they may not have won the competition.”

The three full-time hires will receive special attention as they grow into their professional roles through the Atomic Accelerator. Launched this year, the Accelerator program accepts small cohorts of recent graduates who undergo a professional development curriculum over their first two years with Atomic.

“New grads are great employees for Atomic—they bring new life and enthusiasm to our work,” said Bailey. “In the past, we’ve followed the ‘sink-or-swim’ model when bringing them on. What we’re doing here is teaching them how to swim.”

“The very origin of the company comes out of smart young people who are leaving university with a solid basis for careers as software developers who need exposure to a host of topics that can’t be taught in a classroom,” he said. “The Games is just a way to have some fun and meet smart young people.”