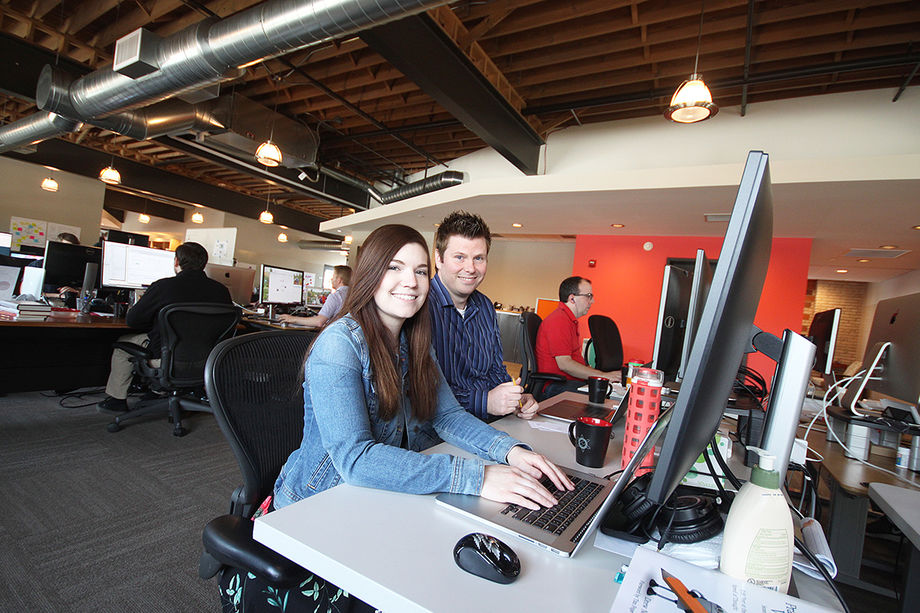 Atomic Object’s Grand Rapids office will welcome its annual cohort of Accelerator participants this spring. The Atomic Accelerator is a two-year program that helps small groups of recent graduates navigate their new careers in software consulting and development. For the first time, this year’s group of developer hires will be mostly women.

Their addition helps the software design and development consultancy address a problem identified five years ago. As CEO and Co-founder Carl Erickson puts it, Atomic was “historically lousy” at employing women.

With only five women at the company in 2012, Erickson decided the path to a gender-diverse staff required more than a recruiting push. Atomic leadership rewrote the company’s hiring process, job descriptions, and compensation model to avoid inadvertent bias; improved its benefits package, including paid parental leave and schedule flexibility; and sponsored groups that bring women into the software industry.

“We didn’t prioritize gender diversity for diversity’s sake,” said Erickson. “We did it because it makes our company more robust to change, and it improves the products we deliver to our clients.”

Though Atomic launched the Accelerator program in 2016 to cultivate a great place for young people to begin careers in software, the program had the unexpected consequence of specifically attracting women. When this year’s Accelerator cohort joins the company, Atomic will employ 13 women representing 24 percent of its workforce.

“When I speak with students, the women seem much more interested in the feedback and mentorship aspect of the program,” he said. “I think women are a little more self-critical about their technical abilities, and I’ve observed they like the idea of joining a collaborative team that can help them get up to speed.”

For her part, Accelerator member Laura Robb says Atomic’s culture is what encouraged her to apply.

“I am big on being around people who care about their community—people who are looking out for each other,” she said.

Robb says she was surprised to learn her Accelerator cohort would be made up of mostly women.

“In school, I’ve never seen more than 20 percent women in any class,” she said. “It’s exciting to see that ‘Whoa, I’m actually going to be in the majority for once.’”

Laura Robb, Molly Alger, and Lydia Cupery, along with additional Grand Rapids Accelerator hires Aaron King and Gage Vander Clay will all start work by the end of July.